Google is sending notices to all the sites that have mobile-first indexing issues. 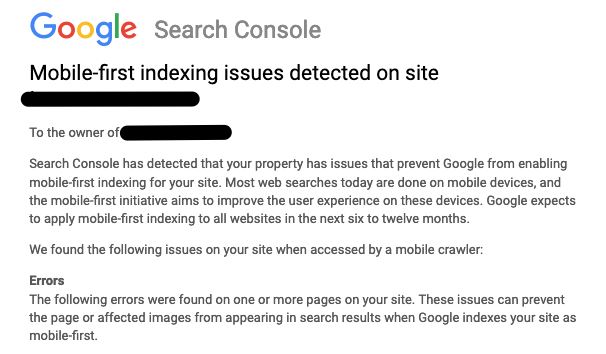 In this specific case, Kyle said the issue was with ”Missing image” is listed as an error, while “Page quality issue” and “Video issues” are warnings.”

Why do we care? If you get one of these notices it is likely a notice you should read and take care of it. If Google has issues with accessing your site with the mobile-crawler, then it might impact your indexing and ranking of your web pages in Google.